Puppy Jake Foundation’s CLARENCE is named after my father-in-law, Clarence Bailey, who was born April 24, 1931 in Ottawa, IL. In 1954, Clarence married Joyce Veronda of Marseilles. He served in the US Air Force in England and Germany as a communications lineman during the Korean War and was a member of the American Legion Post #235. 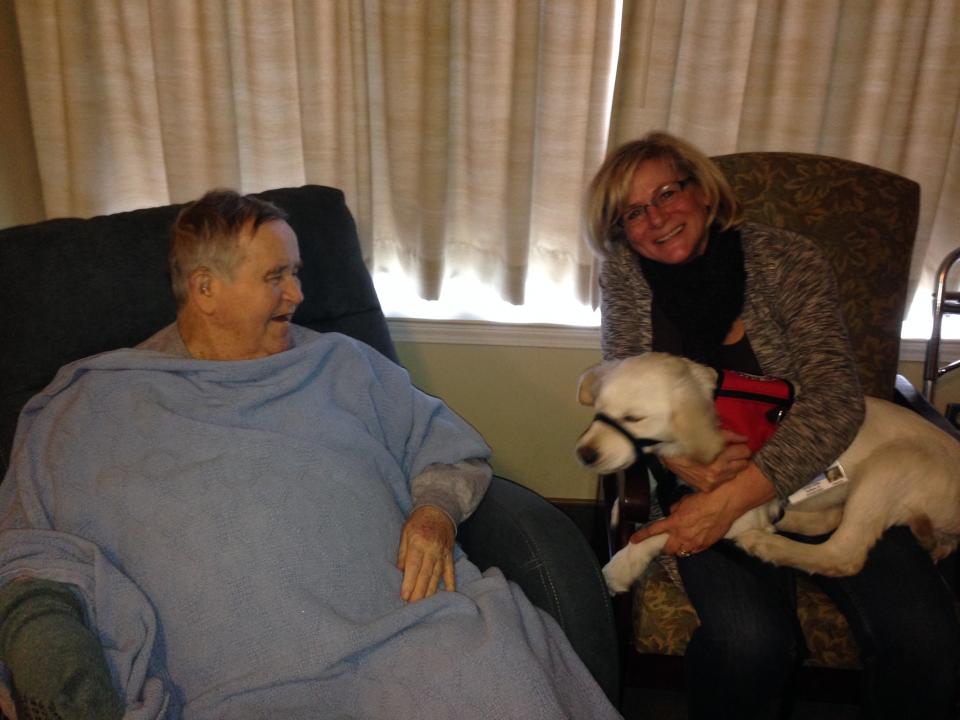 Shortly before his death on February 20th, 2014, Clarence got the chance to meet his namesake, service dog in training, CLARENCE. In spite of being in much pain near the end of his life, we got to see Mr. Bailey smile and laugh as he repeatedly said, “I love that dog!” CLARENCE the puppy, has already shown us an early vision of his ability to bring comfort to those in pain, both physically and emotionally.

Service dogs can perform tasks, improve mobility and provide unconditional love. Raising and training dogs can be expensive, but those costs pale in comparison to what our Armed Forces members have given for this country. Help us improve our heroes’ lives at home and in our communities.